August 2010 – The sand banks have not been good for surfers – except for the hardy bodyboarders geting some gnarly closeout barrels. Unknown bodyboarder Rehead Little Beach August 2010 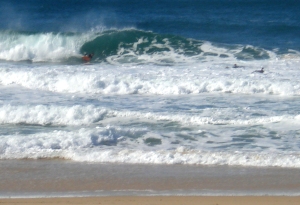 A week later a little smaller, but good shape for the bodyboards. August 2010. Is that Bob the barber walking down for a session on the right?  Yep. Redhead Bodyboarder September 2010 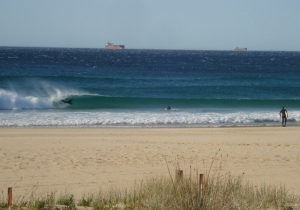 Simon Anderson wins Bells 1977. Simon surfed powerfully in
a solid swell to win and he enjoys the moment after a close final. 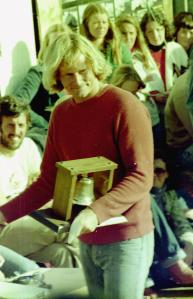 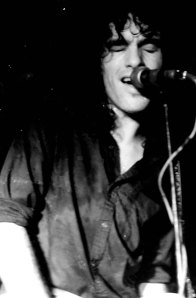 A Hunter Valley Coal Mine around 1986. 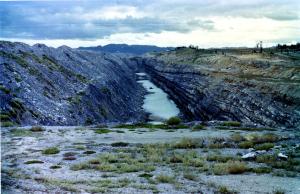 Teenage Mutant Ninja Turtles show at Speers Point Park in 1999.
Surfers liked the Ninja Turtles, as the movie characters acted and spoke like Corky Caroll, the 1960’s legendary 5 times US surfing Champion who created surf speak and lives the carfree fun surfing life we all dream of. 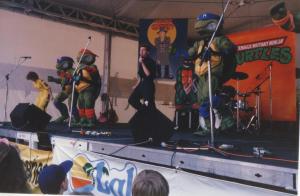 The BIG Right hander in the Sky. Storm coming over Redhead about 1984
Storm Cloud Wave Redhead 1984 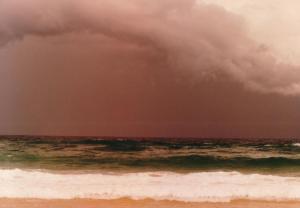 Peter Garrett and Rob Hirst Midnight Oils at the Mawson Hotel about 1978 getting serious. 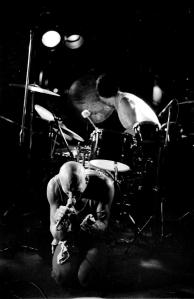 Redhead Surf Club 70th Reunion around 1977. A bunch of old mates meet up over a few frosty glasses. 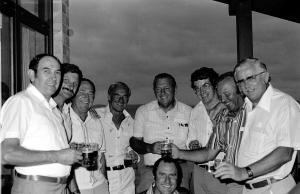 Redhead’s Col Smith in his shaping bay with a new batch of channel boards around 1978. 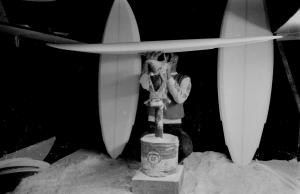