Newcastle has seen and heard it’s share of good bands – and here are some of them over the years.

The Angels Doc Neeson was like a snake oil salesman done up and Dandy, but such a great front man. Always had the crowd up and roaring. Mawson Hotel around 1979.

Doc Neeson from the Angels

England’s Graham Parker and the Rumour played  the Civic Theatre around 1978 and played great songs and the band ripped.

Ignatious Jones the front man for Jimmy and the Boys. They played some wild shows, this one at Belmont Sportsmans Club around 1979. Jimmy wrapped the mike cord around his neck and then spat out blood hopefully from a capsule, to get the message across – I’m not like anybody else.

Ignatious Jones from Jimmy and the Boys

New York’s Lou Reed played at the Civic Theatre around 1979 and played awsome songs and great guitar. He gave me a stink eye for the photo then winked and carried on the show.

Midnight Oil’s Peter Garrett at the Mawson Hotel 1978, the next visit to Newcastle the gig was packed as word had got around. 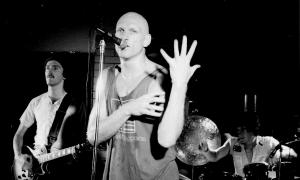 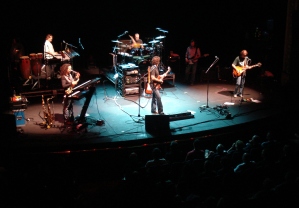