Redhead Little Beach early Sunday morning 8th May 201,  a couple of thick ones coming through. Only 1 guy out. I only saw him try for one wave and the bottom fell out of it and he got lunched.

The week before on the 1st May 2011 at Blacksmiths it was doing the same thing, the next set after this pic just closed out the beach. 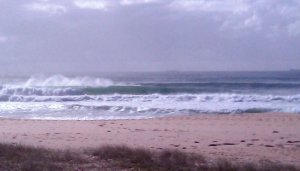 Blacksmiths almost holding up 1st May 2011

Redhead’s Col Smith at Redhead on a Jim Pollard Channel board around 1976.  Col was in the tube AND cutting back at the same time. 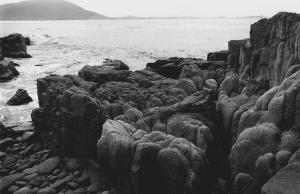 Laying out Shark netting off Newcastle Beach around 1977. They pulled in 3  Hammerheads that day. 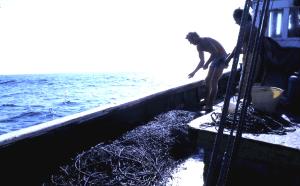 Laying shark nets off Newcastle around 1977

A beautiful Easter Friday morning  2011 at Redhead beach, flags had just gone up. 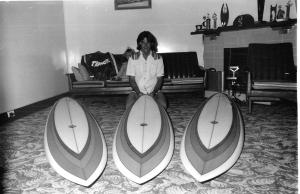