Cloud Wave at Redhead Beach – A southerly buster on the way around 1984. I  took this and then headed for cover. The cloud looked like an enormous right  hander. 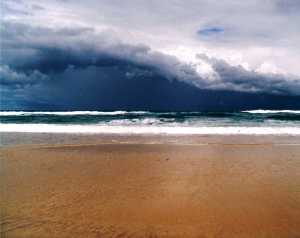 Jewells Swamp – Solarisation 1978. I tried to make the trees growing out of the swamp look a bit  spooky by reversing the developing process – called Solarization.  Actually I just switched the light on in the dark room when the photo  started developing and all the light bits went black.

The Cliffs from Redhead to Dudley and the rock  platform below are well worth a look. Access is from the Goat Track at Redhead  Bluff. Wild flowers are everywhere along the top in Spring and there are a  variety of interesting rock formations down below.Redhead to Dudley Coastline 1980’s 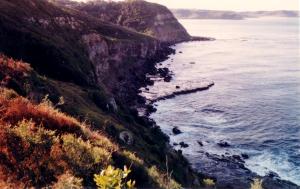 This close up of the tree roots of a Paper Bark  tree along the Redhead to Dudley Bluff Tops had some scary features.  Maybe its just me that sees them. 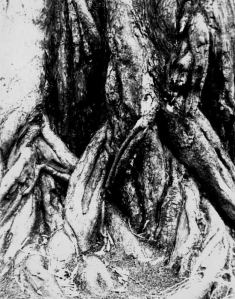 Redhead Shark Tower in the June 2007 Storm. The  wind, waves and rain whipped up a creamy froth that covered the beach. 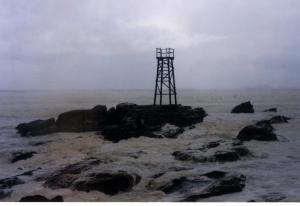 The history of surfboards – A  collection of all types of surfboards, gathered together for a photo shoot  at Redhead Beach before being shown at the Surf Expo in the 1980’s. 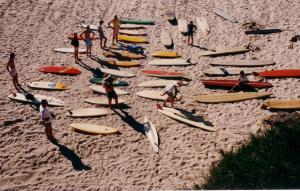 A popular event on the beach in the 1980’s was the Beach Girl Contest as shown here at Redhead Beach.