The grave of 64th street. In 1964 when I was 14, one of the older Redhead surfers took me surfing to a secret surf spot down a bush track about a kilometer down from Caves Beach they called 64th Street. This was a reef break about 300 metres out and had a left that held up big and frankly scared the hell out of me. Around the late 60s “they” started dumping tons of rocks forming a breakwater out to this reef for some pie in the sky reason. This rock wall never progressed past its initial phase and stands as seen here today burying a once pristine surf spot, 64th Street. 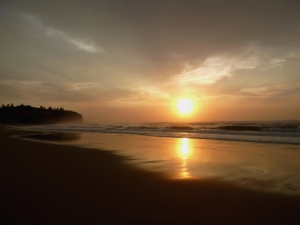