A good crowd attended and were introduced by the master of spray H G Nelson who told us of the surf out between McTavish and Garrett … oh to have seen that heat!

Rob Hirst Oils Drummer and main man in this exhibition was there to greet all. Geoff & Sandy with Rob Hirst. 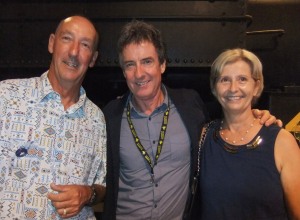 Sandy and Geoff with Rob Hirst

Mark Richards was there seen here with my wife Sandy

The exhibition is a must for Oils Fans and any Aussie rock fans. Some of the memorabilia on display.

Under careful supervision and a favour from Oils management’s Arlene took a photo of Sandy and Crow having a go on stage … gee that mike is high.

It seems I wasn’t the only one taking photos of Midnight Oil at the Mawson in 1978. Geoff Schuck sent me this ripper! 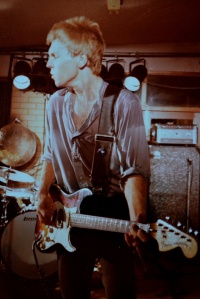 Lake Macqaurie Surfest 2015 at Redhead Beach. Good surfers and a few good waves with a good crowd, a nice day and well run. 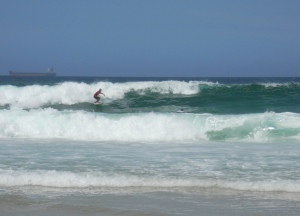 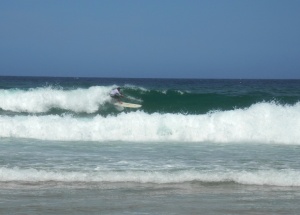 The Angels at the Mawson Hotel 1978 the good Doc Neeson gets some height, backs up to the ceiling. The Brewsters don’t move except for their hands.

The Angels Doc Neeson Outdoor show at Caves Beach around 1978 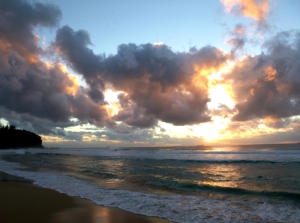